Today, I have to pleasure of introducing you to the ever-talented, Jennifer Moorman. She sings, bakes, runs, and best of all- she writes. Sit back, relax, and get out your to-read list because you’re about to have an addition.

You’re the author of THE BAKER’S MAN and have a new novel coming out. You’re forced to choose one book to sell in stores and one to bury- not to be seen for a hundred years. What’s your choice? 🙂

Oh gosh, what a question! I would sell The Wickenstaffs’ Journey. It’s a joint project I’ve been knocking around with one of my best friends for years. I couldn’t bury it (not without her permission), and when it’s published, I’ll have someone to share the joy with! Since you’re forcing me to bury The Baker’s Man, I’ll plant a beautiful flower over its grave and visit often.

Share your favorite passage from the book in one paragraph or less.

From The Baker’s Man:

The cold wind whipped past them, became caught up in their heat, and created swirling vortexes that collapsed a few tents down the street. Flames shot prematurely from the igniter and lit the wick of the first firework before anyone was prepared. It rocketed into the night sky and exploded, raining blue and green twinkling lights over Anna and Eli. The crowd clapped and hooted, thinking the show had begun. More fireworks followed, echoing explosions that mingled with the collective sighs of the townsfolk, and Anna kept kissing Eli because she couldn’t stop.

You’ve been presented with the opportunity to be a best-selling author but can never write again or write forever but never have a bestseller. Which scenario sounds more tempting?

I would definitely write forever. It’s okay that I’ll never be a best-selling author, but I cannot live without writing any more than I can live without breathing. It’s such a part of me that I’m not sure I could ever stop.

If you could live on a college campus and never leave or in a small town but be able to travel, which one would you choose?

I love traveling. I wouldn’t want to give that up. I’ve always wanted to see the world and learn as much as I can about everything, and I’m already planning my next trip. As for small towns, I grew up in one, so I don’t mind that aspect at all. I consider myself a small-town, southern girl with big dreams.

Okay, how about England or Ireland?

Oh, tough choice! I’ve been to England, and I loved it. I loved the city, the countryside, the people, even the fog! But I’ve always been enchanted by Ireland. It’s on my list of places I must see soon. If I must choose, I’ll pick Ireland sight unseen.

My wife & I went to Ireland last November, it’s beautiful!

As a music lover, I owned the music of all of above listed bands. I suppose my most-played band albums of the 90s were Counting Crows, Smashing Pumpkins, R.E.M., and Goo Goo Dolls. This obviously doesn’t include solo artist albums that I also played into the ground. 🙂

And what about your favorite comedy on TV (I love The Office and Seinfeld)?

I hate to be the geek who says, “I don’t watch much TV.” But it’s true. I really don’t. I can enjoy most any comedy that’s on TV if it’s playing wherever I am at the time. I’ve seen multiple episodes of The Office and Seinfeld, and I watched many Friends episodes and enjoyed them, but if I see these shows, it’s on reruns.

I’m currently working on two novels. I’m revising The Wickenstaffs’ Journey, which is a young adult fantasy. And I’m in the process of writing another contemporary magical realism novel tentatively called Honeysuckle Hollow, and it takes place in the same town as The Baker’s Man. 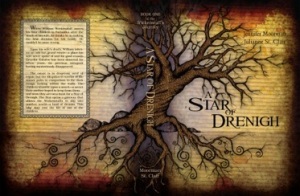 I do love J. K. Rowling, and I am amazed by her storytelling ability and her talent for creating loveable, memorable characters I wish were real people. I would ask her if her dreams ever give her story ideas because mine do.

Happy or sad ending to a novel? Happy, most definitely

You’re stranded on a desert island and you can take two things with you as well as two people. What and who are you bringing?

The fattest notepad in the history of notepads and a pencil; my husband and my sister.

You’re able to sit down with any leader in world history. Who would you choose, what would you talk about, and would you rather have him over to your house or meet at their place of royalty

I’d like to talk with Jesus. I’d want to talk to Him about His life, His family, His friends. I’d want to hear all His stories. At first I thought I’d invite Him over to my house, but my house feels too small for someone with His presence. Maybe we could go for a long walk outside and talk.

You can wish for one thing and one thing only, not world peace and no more wishes. What’s it gonna be?

I’d like to be able to go to Italy for a month and stay in a beautiful house overlooking the Mediterranean for a ridiculously low price. 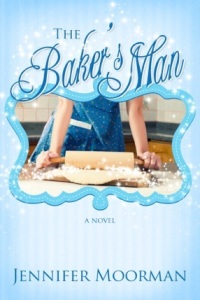 Connect with Jennifer below: